Little By Little Recovery is Possible

“I may not be happy but at least I’m thin”

Have you ever thought that?  I have.  I’ve even said it out loud multiple times, to my therapist, my ex-boyfriend, my dad, my journal, my friends.  It seems so crazy now but I truly believed that my own sanity and mental health was worth sacrificing for a smaller waist.  How are we driven to think like this?  Well I know it is not our fault that we were pushed to this point. 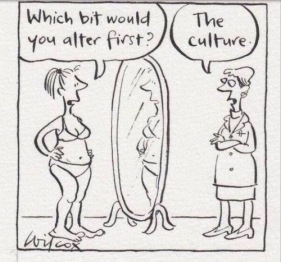 So many people (myself included) have/had been conditioned by modern culture to believe in one ideal body type for women.  It has been subconsciously taught to us females that we should have the rail thin bodies like the ones that walk down the runways, grace the covers of magazines, and sell sexualized womanhood on billboards and television ads.  But why are all women overwhelmingly represented in fashion and media by just one type of figure?  It doesn’t make much sense when you consider that the average American woman is a size 12/14 while the average model is a size 00/0.  Nevertheless when beautiful pictures of celebrities and models are being glorified it easy to see how making yourself fit into the small box of “thin, white, super model” becomes the subconsciously ingrained creed.  When women and girls are served up articles and television shows teaching them how to fix their appearance as if that is their most valuable asset, one can begin to see how such a toxic environment for subtle misogyny begins to form.    So women of color hurt themselves trying to get lighter skin  and a young girl starts to teach herself how to eat a little less every day until she takes up no space at all. 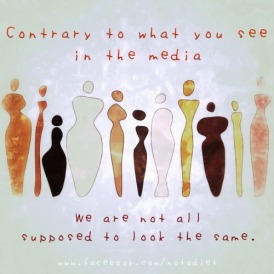 It really is all rooted in the patriarchy when it comes right down to it; The system of
society in which primarily men dictate the norms, create the ads, determine the “look”, and set up the environment that has killed young women all over the world.  The representation of women in classic television, films, and advertisements is one that is produced by oppressive forces that seek to minimize the presence of strong females and typify the few women with leading roles as weak and unable to function without help from the male heroes.  So when women are trained by the man-made culture they grow up in to only be valued based on the stereotypes forced upon our gender and the approval of our appearance by “society” AKA THE PATRIARCHY we start to understand a little more how the rate of eating disorders can be so incredibly sky high.

This all circles back to the young girl staring at herself in the mirror seeing only failure at her ability to achieve this ideal.  Driven mad by starvation and deceived by the image she sees in front of her.  Crying because she’s hungry and depressed and lonely and scared but goddammit at least she’s thin, right?  WRONG.  This is why the body positivity movement is so powerful, this is why women coming in to positions of influence is important.  Women have dealt with a system that has worked against them for centuries but now we are in a place to fight back.  I will proudly stand tall as another feminist killjoy in line to bring down the patriarchy if it means one less girl will see herself as lesser because she can’t live up to a false ideal. 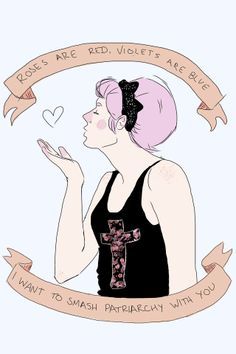 Since recovering and having my eyes opened so widely to the lies, hypocrisy, and injustice of the world around me, the fire within me has been burning to try to DO something about it.  If someone like me, who comes from a place of such immense privilege, can still be brought down we must realize that as women none of us are immune.  It’s hard to pick one thing to be mad at these days, but for this issue I will try my best to be a role model and continue to share body positive, food positive, anti-shaming, and feminist stories, images, and posts to break down the cultural expectations of beauty and be on the forefront of the new wave of female representation.

The blame for what has happened cannot be placed with the individual who has fallen ill with an eating disorder.  She did not create this air brushed diet culture we all live in, she was simply born into it.  Now it’s all of our roles as women to help destroy it until it never hurts another innocent life again.  What will you do?